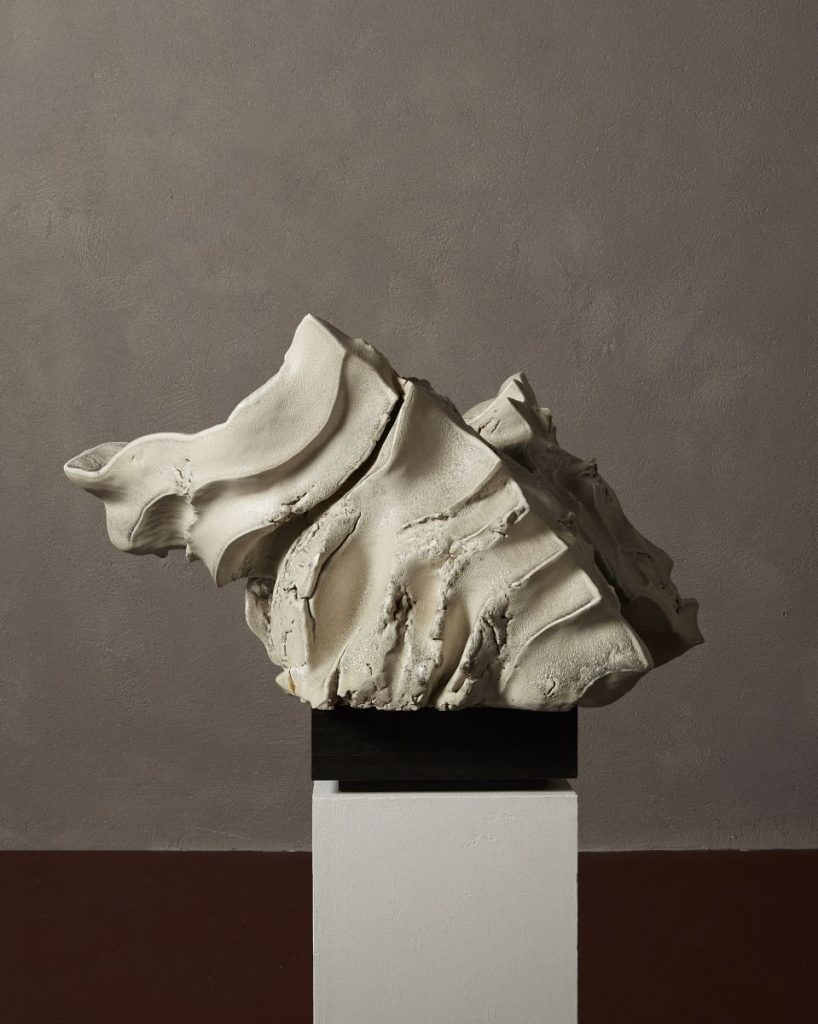 Carlo Zauli is considered one of the most important ceramic sculptors of the twentieth century. The international success followed a first period dedicated to ceramic art in the fifties, while the early sixties saw him evolve towards a markedly sculptural interpretation of his work. In these years he developed his own artistic language, full of informal atmospheres intertwined with a harmonious but disruptive “naturalness”.

The work Rinascita di un primario (Rebirth of a primary) belongs to this fortunate period, a perfect synthesis of his own poetics, always aimed at constructing dialectics between primary and organic forms, between geometric structures and naturalistic tremors.
The work is an installation of three cubes accompanied by 7 engravings. The primordial forms are excavated, furrowed, interrupted by fractures which, while not seeking a direct imitation of Nature, relive its dynamics and metamorphosis. Finally, the works are harmonious and sensual also thanks to the chromatic choice, entrusted to a special enamel, invented and created by the artist, which constitutes an identity element, almost a signature.
The works, created between 1977 and ’78 for an anthological exhibition, have been exhibited on rare occasions: at the personal exhibition at Palazzo dei Diamanti in Ferrara in 1979, at the Quadriennale in Rome in 1985 and in the great traveling retrospective in Japan, including 2007 and 2008, and were considered by Zauli among his most successful works. 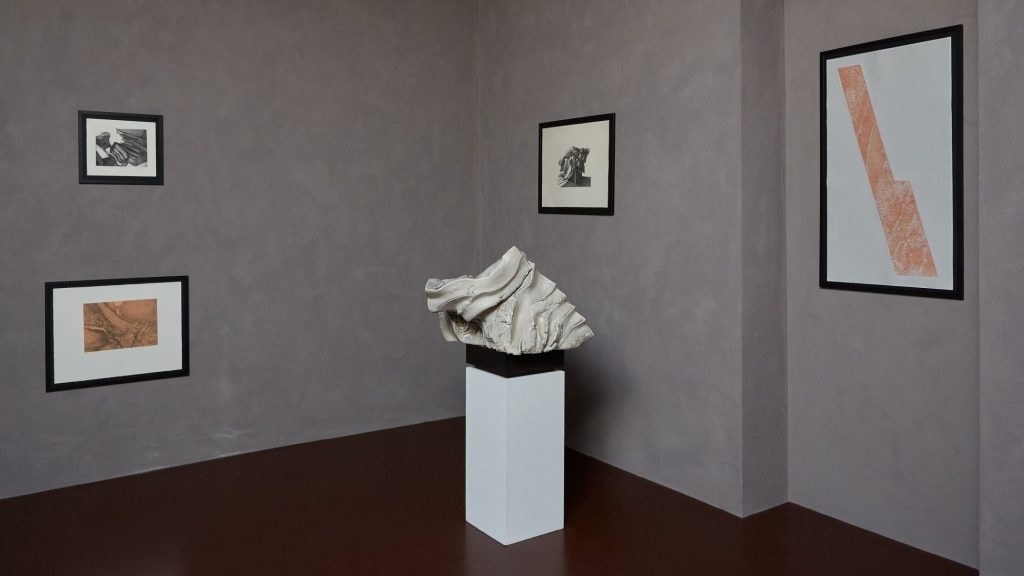 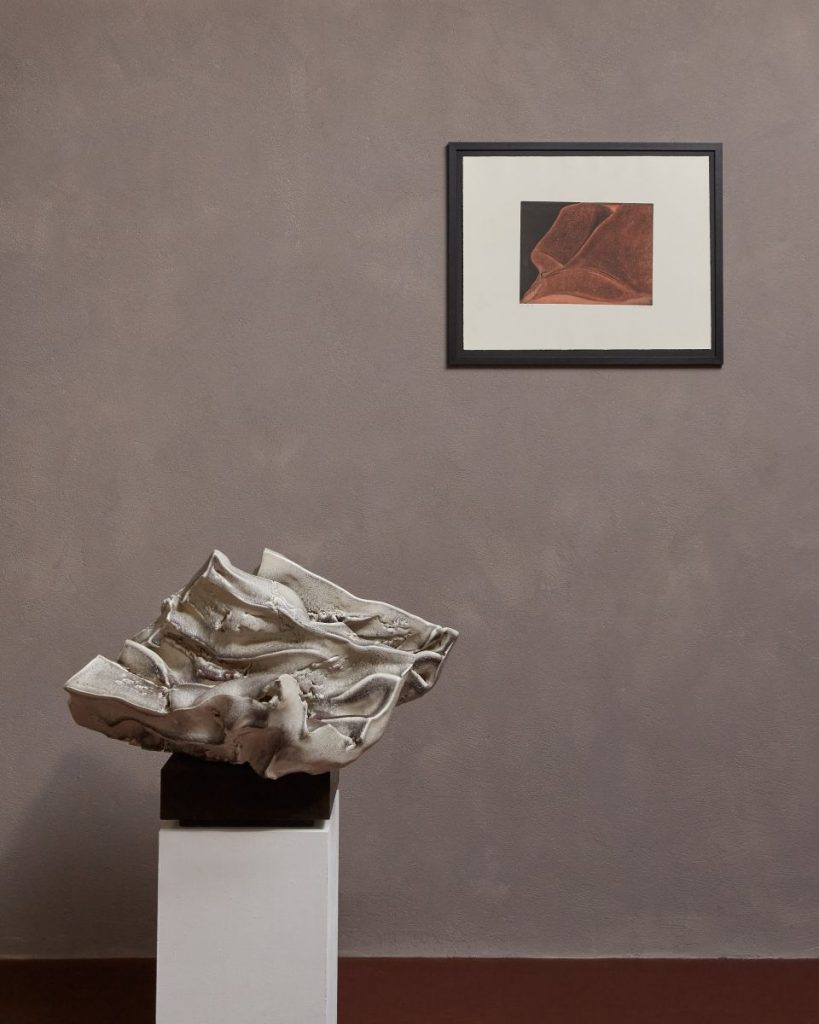